History of the Christadelphian community 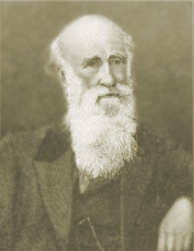 On his way to America, John Thomas was shipwrecked. He decided that if he survived, he would begin to study the Bible and find the true message for himself.

Once in America, he moved to Ohio and began to develop his understanding of the Bible’s message. After a number of years, John Thomas published a series of religious magazines, in which he explained his new-found understanding of the Bible. This was followed by a speaking tour of the UK and the publication of two books; the first called ‘Elpis Israel,’ and the second, ‘Eureka.’

John Thomas did not claim to be a prophet or in any way directly inspired by God. His beliefs were based on his independent study of the Bible message.

The number of people who shared John Thomas’ understanding of the Bible began to grow and in 1864 this group was formally named ‘the Christadelphians’ (brothers and sisters in Christ). This was partly due to the American civil war, to which the Christadelphians requested to become conscientious objectors but were only permitted to do so if they first became a recognised religious group.

The Christadelphians then steadily grew in number with many members currently meeting around the world.

This includes Birmingham, where there has always been a large concentration of members and this is still true today. ‘The Christadelphian’ magazine, originally started by John Thomas, is also produced in the Christadelphian Birmingham office and distributed worldwide.